Facts About COVID-19 and The U.S. Economy

Outbreak of COVID-19 pandemic in the United States, created crises in both public health and in the economy. The pandemic was able to kill over five hundred thousand people in the United States itself and marked over twenty nine million patients in the country and pushed to exceed its negative effect over the hospital capacity while creating a terrible downsize in the global economy. According to the New York Times, As of March 13, 2021 there have been over 29.3 million confirmed COVID-19 cases and marked over 530,000 deaths in the United States. To put the COVID-19 death toll in the United States into context, the disease has already claimed 1.26 times American lives that had been claimed by WW2, which was 418,500 lives of American civilians. When it comes to the economic crisis; the crisis has created demand shock, supply shock and financial shock, all shocks st once (Triggs and Kharas 2020). 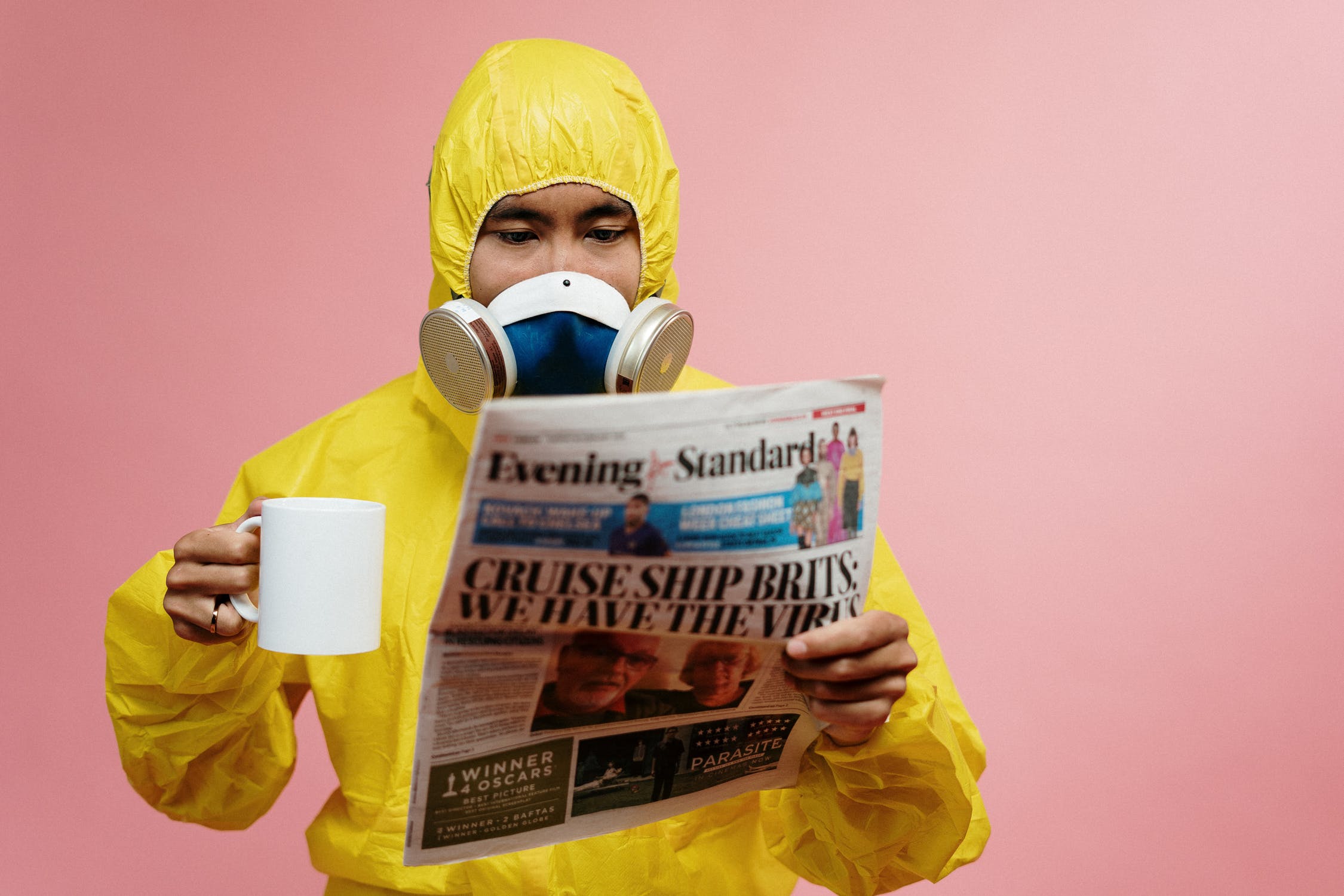 According to the public health front, the virus has shown a visible graphic pattern of spreading it, starting from over-populated urban points and then moving to the rural areas of the United States (Desjardins 2020). At the beginning of the pandemic, the infection pattern brought only to focus on densely populated coastal areas of the country. This happened specifically with the cases reported to peak during April 2020 in New York, New Jersey and Massachusetts located in the Northeast (Desjardins 2020). By halfway through April 2020, there had been more COVID-19 deaths in Newyork and Newjersey than in the rest of the United States combined (Newyork Times 2020). During the third week of April 2020, COVID-19 death toll in the regions of Rocky Mountains and New England had peaked at a higher rates and had spread to the Great Lakes region during the fourth week of the same month and then had spread to the rest of the regions in Mideast during first week of May. During the last week of July and the first week of August the pandemic horror managed to conquer its presence in all the southeast, southwest and far west regions. 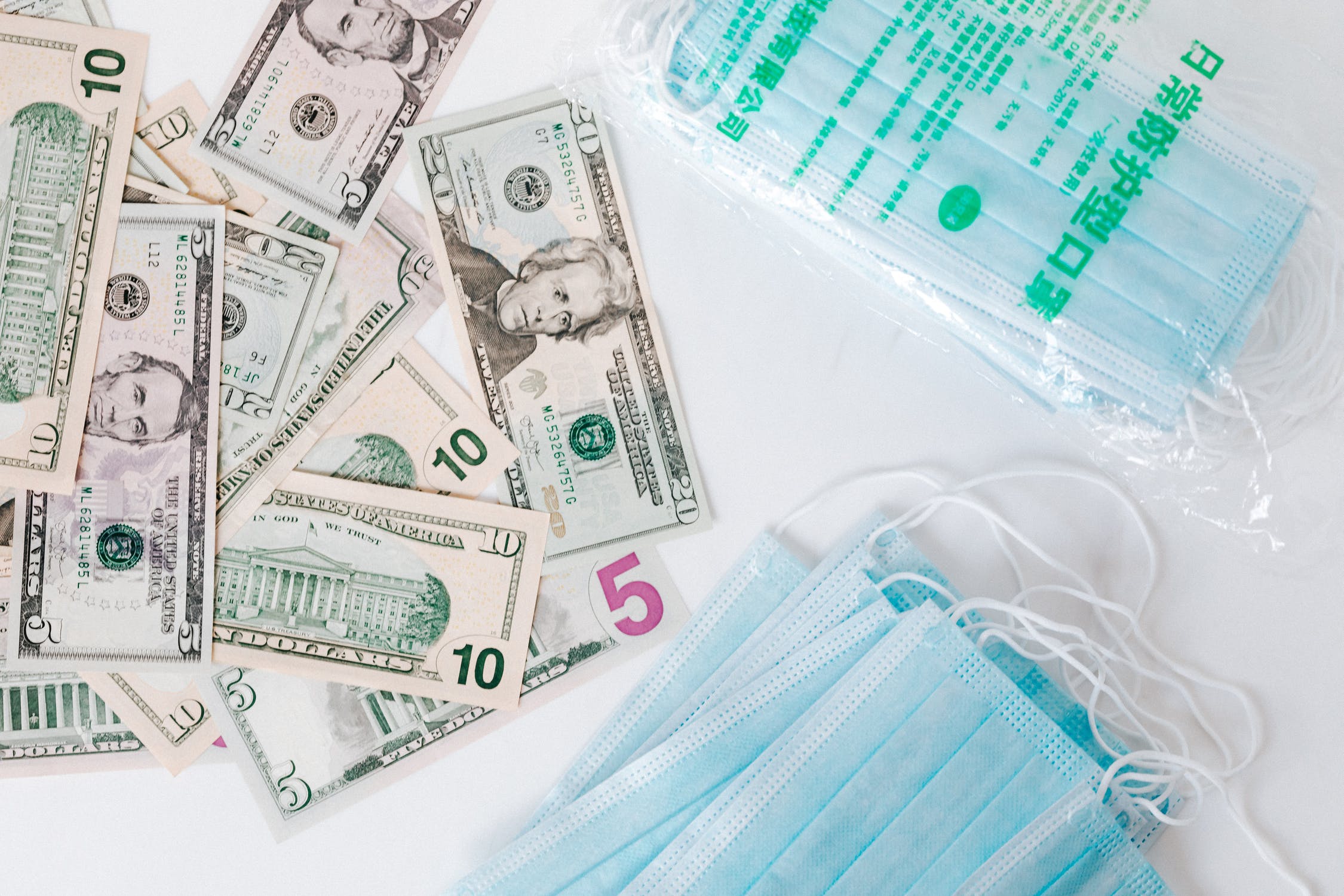 The COVID-19 pandemic also has had differently worked to impact number of ethnic and rational groups. It is identifiable that the wealth and income, access to healthcare, educational status, occupation, housing facilities and descrimination are all well interrelated in this regard and it is some minority groups has had the higher risk of getting contacted the disease and dying from it (Centers for Disease Control and Prevention [CDC] 2020). Outcomes of inequities infectious diseases the products of government policies of the decade that have systematically worked to disadvantage the communities of Black, Hispanic and Native Americans, says Cowger et al 2020. Further to Cowger et el & Hardy and Logan, it is the result of policies implemented to determine the location, quality and residential density of people of color, located in the clustered urban locations that were mostly affected by the pandemic in the first few months since its outbreak. Additionally, disproportionate usage of public transit by Black and Native American people have been highlighted as an associated reason for higher COVID-19 contraction rates (McLaren 2020). 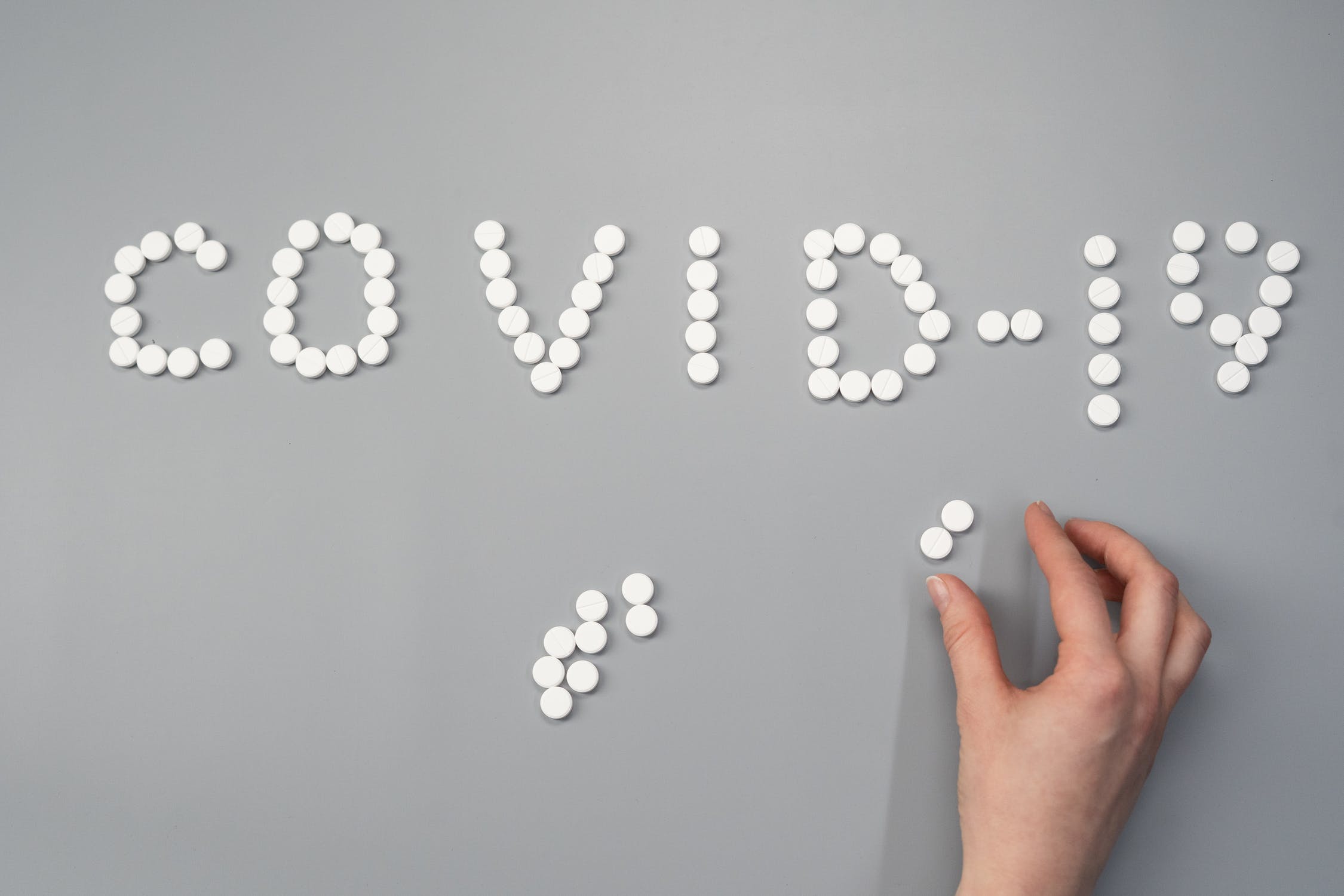 Collectively demographic groups of people who live with one or more prolonged diseases such as diabetes, cancer, heart diseases, asthma, which also increase the risk of getting contracted by the disease and to die from it (Yancy 2020:Ray 2020). COVID-19 contracting risk in Non-Hispanic Americans and Black Americans are 2.6 times higher than the whites and they are 4.7 times more likely to be hospitalized if infected with the virus and having a risk of 2.1 times to die from COVID-19 related complications (CDC 2020b).

Even though the rules have been implemented by March to lockdown the risky areas to initially work on isolating and driving down the infection; the actions such as lockdowns and voluntary social distancing also have acted as main reasons for today’s economic downturn. As explained earlier on the different shocks associated with the pandemic; the demand shock happened at quarantine along with the job layoffs and business closures – worked negatively on consumer services (Bartik, Bertrand, Cullen, et al 2020). It also said that the measures taken on the lockdowns and social distancing have negatively impacted on the economy’s productivity capacities to goods and services (Brinca, Durate, and Faria-e-castro 2020; Gupta, Simon, and Wing 2020). The National Bureau of Economic Research (NBER) reported that the U.S.’s monthly economic activity peaked in February 2020, which ended the longest U.S. economic expansion of 11 years that started back in 2009 (NBER 2020). 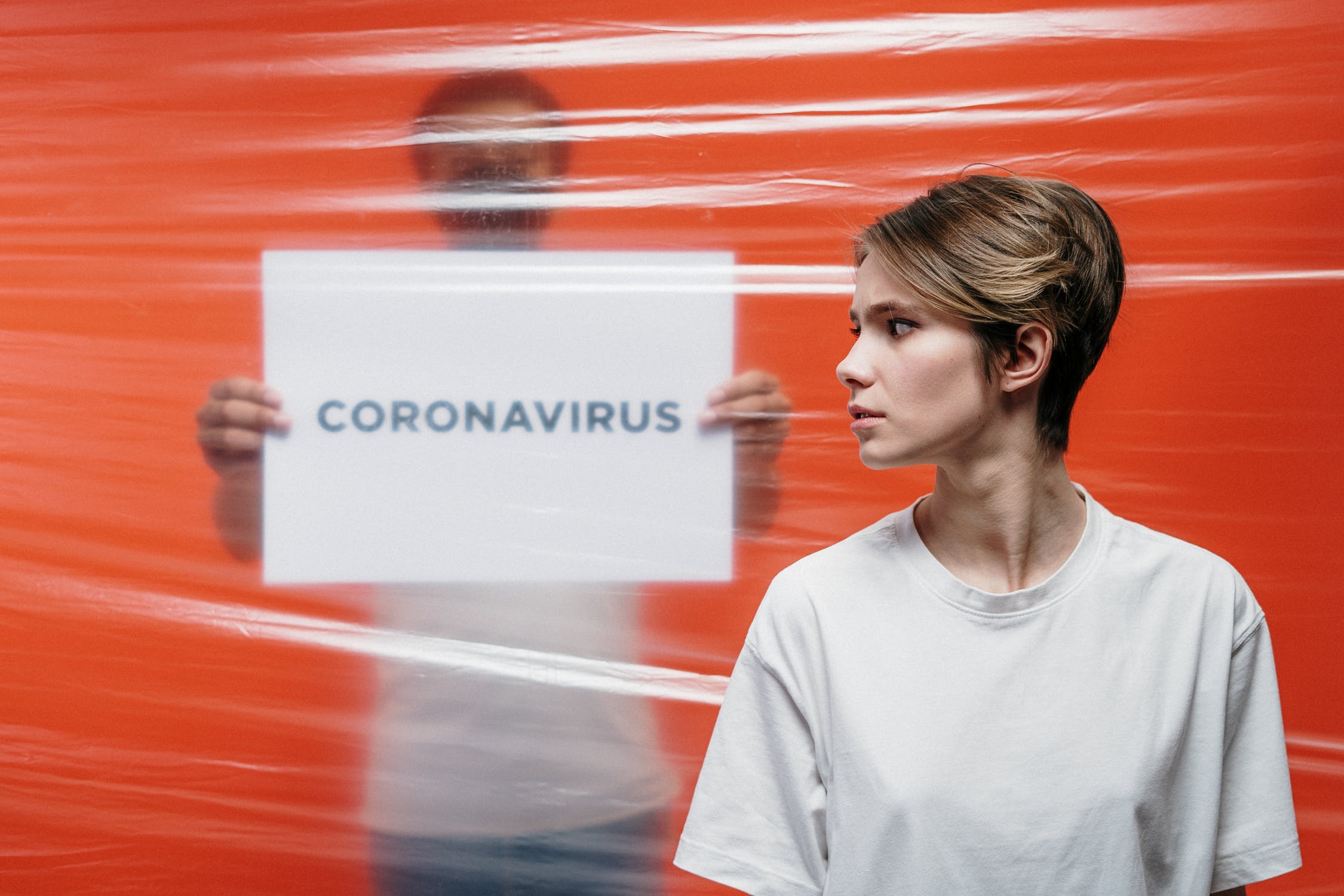 The COVID-19 pandemic caused a drastic fluctuation in household expenditures in the U.S. retail sales has been one of the major elements in the U.S. for identifying sales of the consumer goods of the nation, which declined 8.6 percent within one month from February 2020. It was the largest downfall happened within a month in the whole tracking history (U.S. Census Bureau 2020). Business areas such as non-store sellers, pharmacies and grocery stores enjoyed considerable improvements in their sales numbers due to the lockdown demand but businesses like clothing, furniture, home appliances, food services, sporting and hobby stores, gasoline stations had drastically declined in their sales. Following to the lifting of social distancing restrictions some some states during May, sales started to recover for most of the businesses (U.S. Census Bureau 2020a). Overall U.S. retail sales sector improved by 17.7 percent during the month of May, which was the largest monthly leap on the record by recovering 63 percent from the total losses incurred during the months of March and April (U.S. Census Bureau 2020).

Other than to the consumer sales, COVID-19 crisis also made a drastic damages to the country’s industrial sector businesses such as manufacturing, mining, utilities, etc.,. Industrial sector sales had dropped immediately following the pandemic outbreak in March and not fully recovered by today, even after one year since then. Most of the jobs in industrial sector cannot be managed remotely and yet the sector itself contains a workforce of nearly thirteen million workers (Federal Reserve Bank of St. Luis [FRED] 2020).