The Future Of Digital Banking 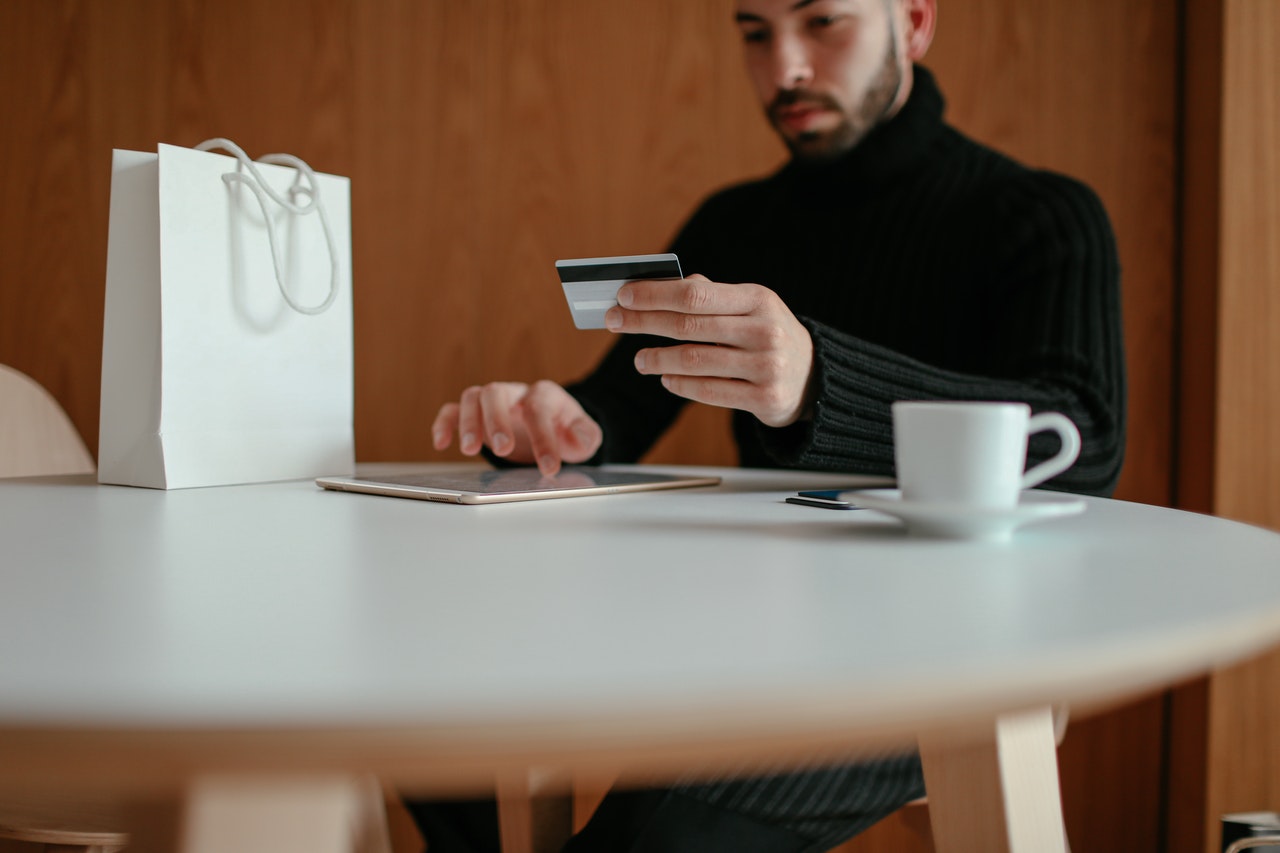 Global digital banking users are estimated to exceed 3.6 billion by 2024. The data isn’t entirely shocking, and it only confirms what banks and the rest of the world have known for a long time: the future is digital, and banking is no exception. So, if the introduction of Banking as a Service (BaaS), open banking, and the thriving Fintech sector weren’t enough proof, we now have this screaming figure that quantifies the future of banking. AI technology, analytics, personal finance software, the internet of things, audio banking, banking as a service, and fintech innovation converge on one goal: invisible banking. This is banking without having to think about it. You pay by tapping. When you exit a parking lot, the automobile pays the parking cost. When you tell the bank that you want to save for your daughter’s college tuition, money is automatically transferred from your cheque to dedicated tuition savings at regular intervals. You’re given a loan or a rebate right when you need it when you’re about to make a buy.

Banking will be integrated into everyday activities in five years. “You want to remove all the hassle so that banking will become invisible,” said ING’s chief innovation officer, Benoit Legrand. Of course, that shift will not occur overnight, but the roots of it are already blooming in a variety of places:

Wearable technology has long been touted as the next technological revolution, but many attempts, such as Google Glass, have fallen short. Wearable technologies, on the other hand, appear to be regaining traction (Amazon is developing its form of tech-enabled eyewear that can access Alexa and a ring that does the same) and intends to make banking and money movement more frictionless. Alan McIntyre, Accenture’s executive managing director for banking, predicts that by 2025, payments will shift away from cards and phones and more towards wearables and biometrics. “Whether it’s tapping your ring or facial recognition, purchasing will become more frictionless,” he says. “Taking the credit card out of the purse will appear archaic. “Transactional banking as we know it will vanish.”

FINN-Banking of Things, an ING startup project, creates software that allows intelligent gadgets to perform autonomous payments on the user’s behalf. It can be put in smart bottles to reorder when a container is nearly empty. It can be placed in a car so that payment has been made automatically at a petrol station or tollbooth. “You may fill your car using 100 euros or dollars, and the automobile will pay whenever you put it under such conditions,” Legrand explained. The bank has been testing the technology in collaboration with BMW. The Netherlands’ public transportation system, NS, uses this tech for invisible tickets. “People walk in, we understand where you are, wherever you entered, which train you hopped on, and where you walked out, and you’re instantly charged for your trip,” Legrand explained. “This is exactly what you want.”

Purchases, on-demand financing, and other banking operations will increasingly be performed by speaking to Siri, Alexa, a vehicle or phone app, and those improvements with wearable technology. “When you think about the future and how we’ll access banking services, we’ll ask Alexa and Siri for financial information,” said Brett King, visionary, author, and Moven founder. “We might use Facebook and Apple smart glasses.” These operating systems will serve as gatekeepers for how we connect to essential financial utilities.” King has long advocated for a single virtual assistant to govern them all. Chatbot providers have begun to demonstrate a desire to collaborate. In late December, Amazon, Apple, Google, and the Zigbee Alliance launched a working group to create an open-source for smart home devices.

Legrand refers to financial services via Alexa, Google Home, Siri, and other such devices as “bionic banking.” “We’re going to do voice banking thru these machines,” he stated. “Why? Because humans are slackers. We had to even go to the bank first to get cash. You can now access your computer and perform a few things, or you can touch your phone or computer to pay. The next step is to tell Alexa to wire two dollars to my mother. It’s the next level of sluggishness.” However, Legrand advises that as consumers become increasingly reliant on this driverless, invisible technology, it must be reliable and provide excellent customer service. For example, a consumer will not be prepared to wait for a pay gate to open for 25 minutes.

“You need somebody on the phone to assist you,” Legrand said. “The more digital we become, the more personal touch we’ll require.” You outsource a lot to automation, which is OK, and when something goes wrong, you need someone to quickly get things back on track. It’s similar to how you don’t realize you’re using something until you don’t. Somebody needs to offer you oxygen right away if it stops.” He also sees a role for in-person interactions in five years. “Our data indicate that most consumers want to be able to perform that navigating with humans,” he said. “There are still a lot of individuals who want the confidence of having a real person speaking to them when they’re making significant decisions.”

Throughout decades, banks and fintech companies have fought over custody of client data, accusing the other of purposely delaying sharing to gain a decisive advantage or encouraging users to engage in risky behavior to gain access to bank accounts. However, banks and fintech are added a new application software to share data. Banks are also partnering with businesses to provide financial services, allowing external parties to offer financial services without becoming a bank. According to Phillip Rosen, CEO of fintech Even Financial, such exchanges are the characteristic of the future, in which banking gets integrated into other activities.

Through APIs, Even Financial connects roughly 40 financial services organizations, notably Marcus by Goldman Sachs, American Express, NBC bank, Social Finance, LendingClub, Prosper, Upgrade, and Avant, with consumer sites such as the Penny Hoarder, SmartWallet, and ClarityMoney. As a result, consumers looking for products receive a suitable offer, but they may also receive relevant statutes for the product right away.

In five years, the personal finance portion of digital banking appears to be on track to be more frictionless and effortless. But, according to Kristen Berman, a cognitive scientist and a founder of Irrational Labs and Common Cents Lab, a Duke University program focused on improving the financial well-being of low- to middle-income Americans, money trends have had mixed consequences for financial wellbeing. “It’s great for individuals to have access to funds, and shortening the time it takes us to process ACH payments is a good thing,” she added. At the same time, she claims, it is convenient for users to squander the cash in their accounts quickly.

Such spending perspectives rely on precise classification; it is not always the case. “I always joke that we can send a satellite in space… but we can’t get our transactions appropriately categorized,” Berman remarked. “Transfers are still classified as app spending, which leads to users not trusting such types of apps to provide insights, rendering this meaningless.” As a result, people aren’t taking any action. We don’t believe the information we’re being told.” Berman believes this might go in two directions. Either technology improves, people begin to trust it, or consumers are provided with the equipment to help better decisions utilizing heuristics. Many of the tasks are performed for them. She prefers the latter: rather than giving individuals categorizations and hoping they establish better habits; as a result, the client is assisted in making adjustments.

How Could Banks Close the Gaps and Go Digital?

Banks may overcome the hurdles above and accelerate their digital transformation: Update old technology and data architectural style: By focusing on digitalization and agile operating platforms, remove data silos, and new-age technologies can be adopted into the banking ecosystem. The potential of APIs in the banking area is enormous, particularly for banks wanting to find a method for newer technology to communicate with legacy systems and make a move much more accessible.

Use RPA and AI to assist back-offices: RPA may assist in automating some repetitious finance and accounting operations, enabling back-office staff to focus on less monotonous and more vital activities. In addition, RPA can better grasp the human language and perform more complicated functions when integrated with AI, deep learning, deep learning, and natural language processing skills.
Upskill existing personnel at the appropriate rate: Banks can begin by engaging in the up-skilling of small but competent cross-functional teams and then focus on developing and extending these teams as needed. Upskilling these teams to manage digital platforms and creating a working environment that supports agile project delivery and speedier digital transformation may also be a good option.

Work to ensure widespread adoption within the organization: A situation in which the bank wants to go digital but individual executives and staff disagree is sure to cause more harm than good. Before beginning on a digital transformation path, managers in leadership positions must communicate with employees and assure them that advanced inventions are being used to assist them rather than replace them. Even CEOs and other workers may be educated to recognize and address indicators of internal opposition.

Rising investments in technology innovation, prioritizing cyber security, continually working toward digital upskilling of existing talent, and continuously inventing and building digital services for consumers are all critical for banks to achieve complete digital transformation in a shorter time frame. In addition, partnerships with digital-first financial services, such as Fintechs and NeoBanks, may also help ensure quicker digital adoption among banks, contributing to developing an interoperable, scalable, and future-proof digital ecosystem.